Every once in awhile, I like to post something random here. This is another one of those times. If you want some real security info, move along now. :)

This is a story about a random locked hatch I found in the middle of a field. Originally it was just neat, but after the "Safe" incident and the creating of /r/whatsinthisthing, I realized I had to learn more. What did it contain? Tunnels? Treasure? Dragons? A valve? I didn't know, but I had to find out!

(spoiler: it wasn't a dragon)

There's a strange place in my hometown of Winnipeg. And I don't mean the corner of Higgins and Main, either, I mean a field just north of where I grew up that's becoming harder and harder to access (thanks to the Centre Port Highway). In this field, the grass grows tall, the woodticks come out to play, and there are a bunch of random concrete pillars (more photos here). There's also a geocache, if you're into that.

But this story isn't about the pillars. It's about a hatch in the ground. In the middle of nowhere.

I visited the place 2 or 3 times when I was younger. At one point, I found a metal hatch in the ground: 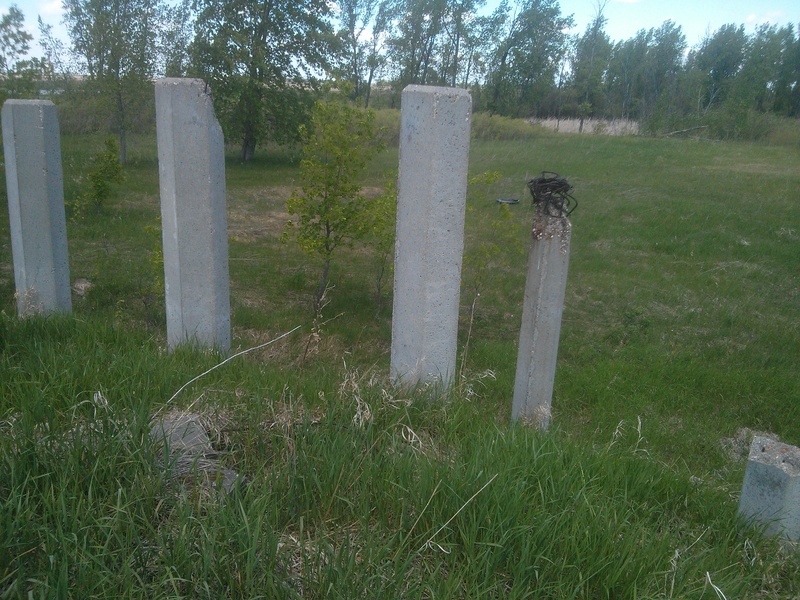 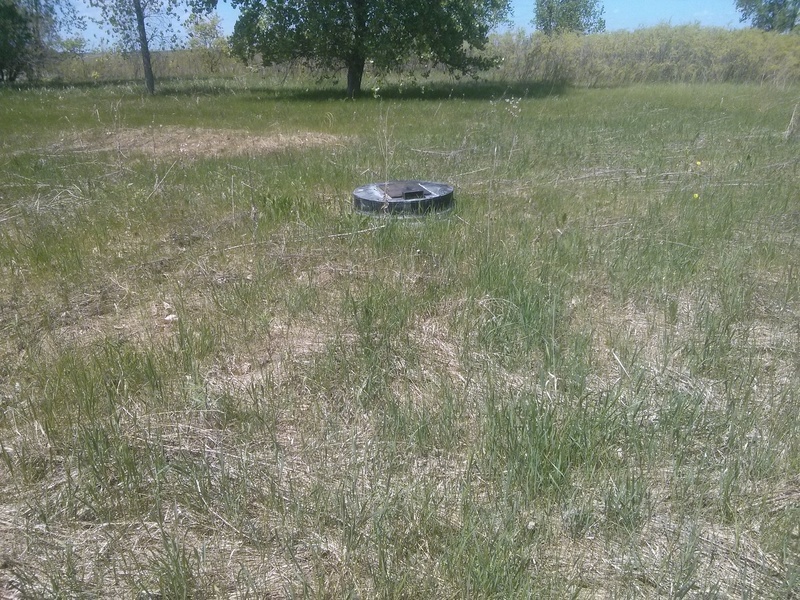 Finally, on one particularly dark night, I met up with a couple friends and we drove out there. This was probably a year ago now, although I waited until just recently to take the photos. I didn't bring my camera at the time. Luckily, I left it unlocked, not that shockingly, nobody else had touched it.

Armed with lockpicks, we were gonna get this damn thing open! Unfortunately, the grass was tall, the mosquitoes were out, and it was dark as... well, dark as night. The grass had just been cut in the photos above (that's actually another mystery... this field is in the middle of nowhere, and is clearly serving no purpose at this point, but somebody has recently cut the grass?), but the grass on that night was quite tall.

Eventually, we found it and broke out the lockpicks. It had a shitty Master Lock on it: 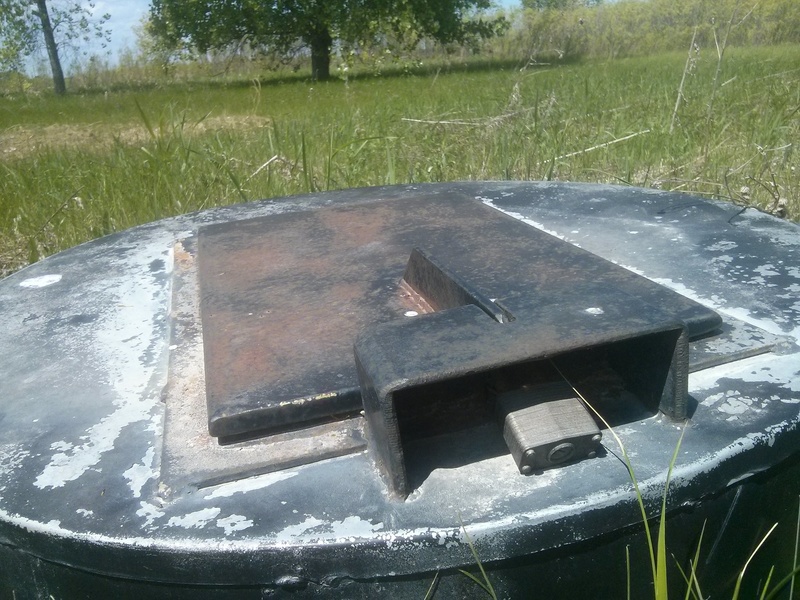 I figured it'd be no problem, since I own and have picked like a dozen of these, but this one was rusty! Plus, it was dark, we were laying in wet tick-infested grass, and there were mosquitoes everywhere. But, we really wanted to get this done!

At one point, we went to the car and got the tire iron, because we realized there were bolts (you can't see them in the photos) that just happened to be the right size! After working on the nuts for awhile, we realized the cover was welded on, and we gave up on that idea.

Back to picking. Picking and picking and picking... At some point, I passed it back to her, and she said "you know it's open now, right?" - I had no idea! Apparently I had gotten it turning without even feeling it, because of the age and rust (that's how good of a lockpicker I am ;) ).

So now, the lock was open (you can also see the bolts we tried to take out): 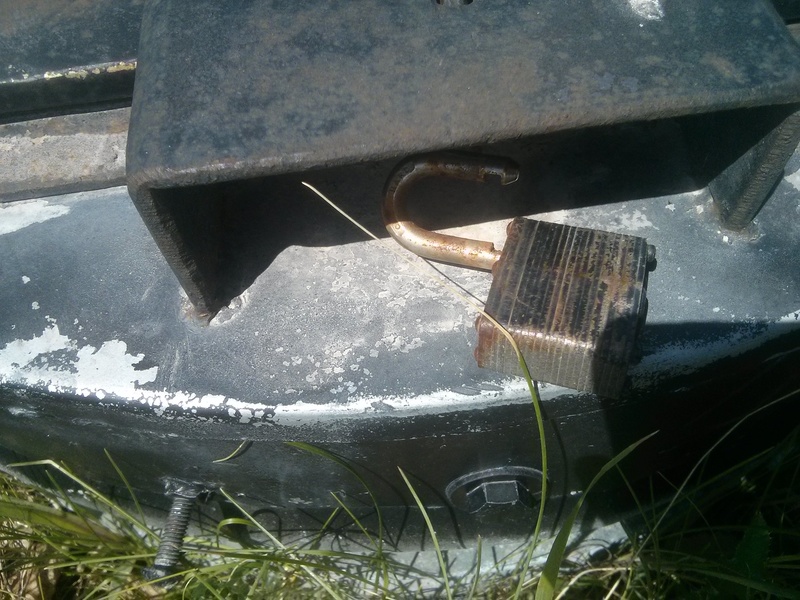 And I could life the hatch... 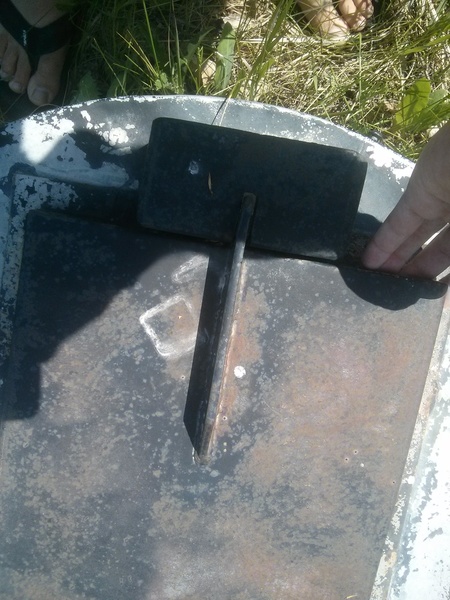 After putting a lot of muscle into it - it had clearly been a *long* time since it had been opened - it finally came open! 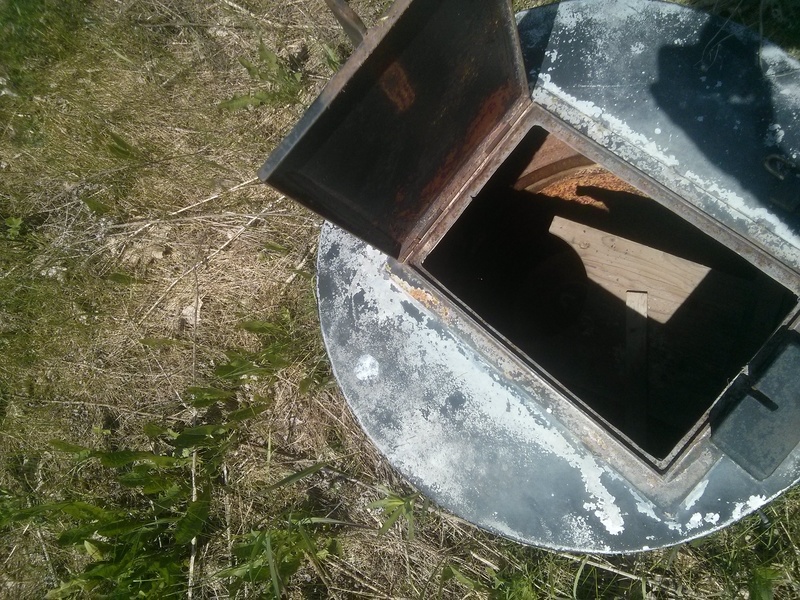 You can imagine my excitement! Was it treasure? A lost city?

I'll hotlink the two pictures of the inside so you don't accidentally spoil then. :)

So there you have it... a concrete cylinder with a bolt on it. That's it. THAT'S IT!

It was disappointing but eh? At least I got it open. Take that, Safe Guy!

6 thoughts on “Opening the mysterious hatch of mystery”